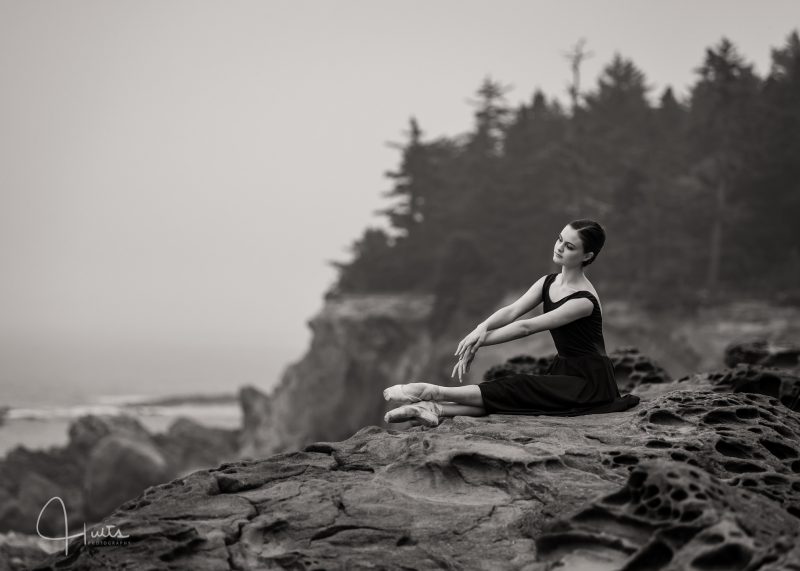 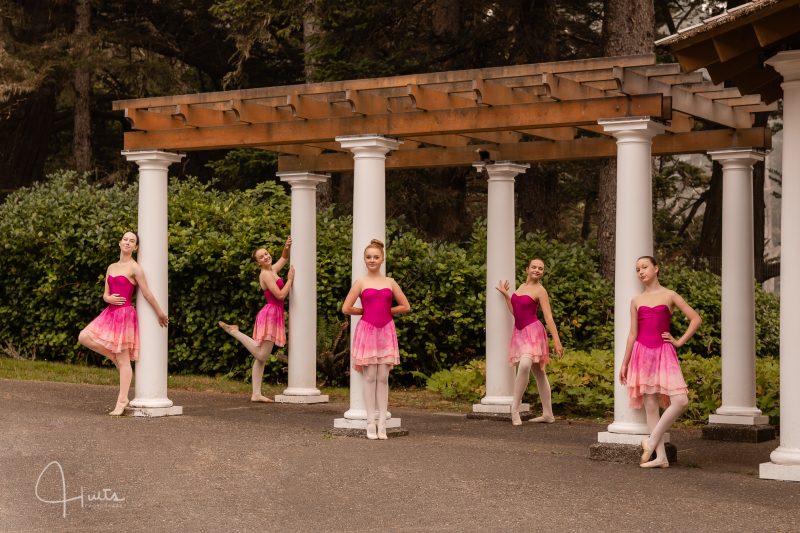 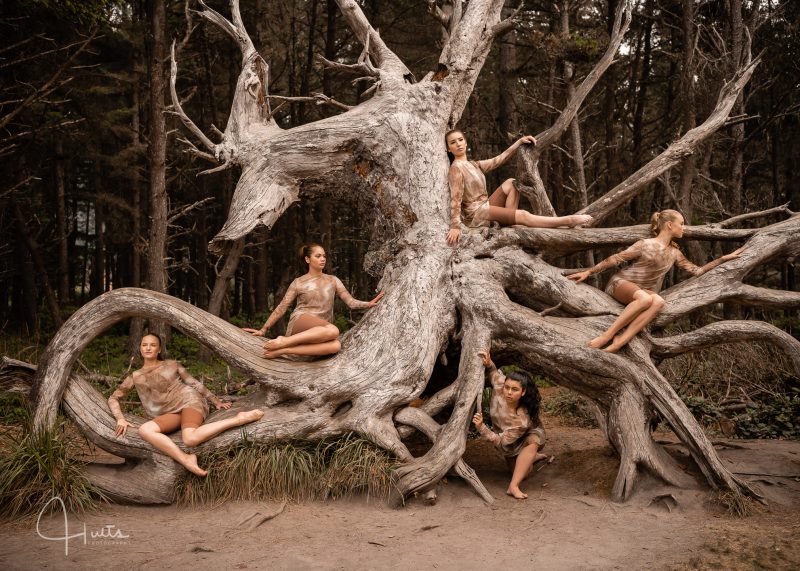 Dance Umbrella’s student performing company has been delighting audiences on Oregon’s South Coast since 1994. In the spring of 2009 Artistic Directors Connie Hogge and Christine Rader transitioned the student company into Ballet Pacific, an auditioned-based youth ballet company of 8 to 15 contracted non-compensated dancers from local dance schools.

At the peak of their performing season, Ballet Pacific presents new choreography and costumes in its annual Gala.

Ballet Pacific collaborates with other youth ballet companies in the state of Oregon. Company dancers have attended workshops and performed with Portland Youth Ballet at the One World Trade Center in Portland, and with Eugene Youth Ballet at the Northwest Dance Festival in Eugene.

Pacific School of Dance (PSD) is the official school of Ballet Pacific. However, dancers with a strong ballet background from all area schools are invited to audition. The partnership between the strong training at PSD and the opportunities provided by DUSCO has afforded local dancers opportunities not usually available to children who live outside large metropolitan areas.

To help further the pre-professional training offered by Pacific School of Dance, DUSCO has provided scholarships to students who have been accepted to summer intensive training programs such as Summer Dance Lab, Northwest Dance Project, Exploring Ballet with Suzanne Farrell, American Ballet Theater, University of North Carolina School of the Arts and San Francisco Ballet. 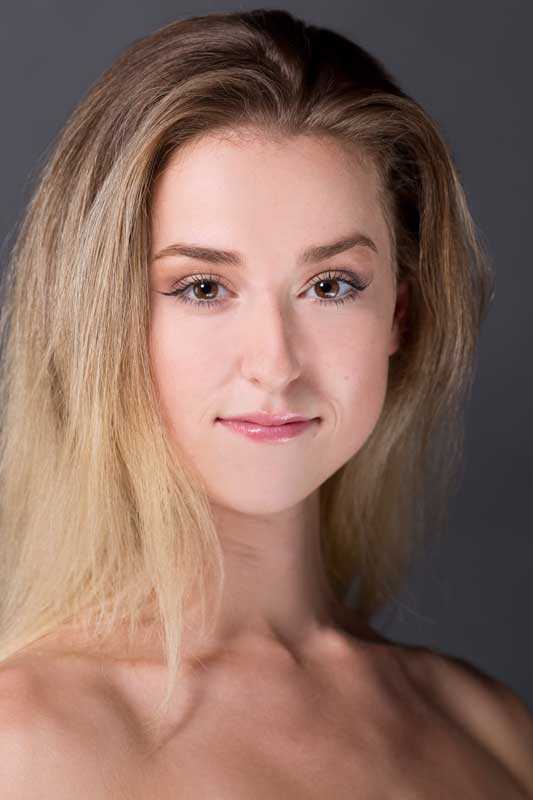 Emily Porter began her ballet training in Coos Bay, Oregon.On invitation to dance under scholarship at Marin Dance Theatre, Ms. Porter moved to San Rafael, California to train under the instruction of Margaret Swarthout. She received Youth America Grand Prix awards and attended summer programs at ABT, Ballet Arizona, Oregon Ballet Academy, and Eugene Ballet Academy. In 2019 Ms. Porter joined BalletMet’s second company under the direction of Edwaard Liang and Amber Emory-Maier.She performed in Edwaard Liang’s “Tributary” and “Alice in Wonderland” as well as “ The Nutcracker” by Gerard Charles and Robert Post.Ms. Porter had the privilege to work under Alexander Ekman, Annabelle Lopez Ochoa, and Gustavo Ramirez Sansano. In 2020 she joined The Joffrey Ballets Studio Company under the direction of Jose Carayol.She has the privilege of working with renowned instructors including Ashely Wheater, Adam Blyde, Nicolas Blanc, and Karin Ellis-Wentz.

Ms. Porter grew up exploring precipitous drop-offs of the Pacific coast to the rugged peaks of the Cascade mountains. She enjoys the cultural differences of Chicago as she continues her love of fine arts: pencil, pottery, and acrylic, as well as clothing and interior design.

Kimberly Prosa is a New York City based professional dancer and teaching artist appearing in both stage and film productions. She began her training in Southern Oregon studying classical ballet and modern dance at Pacific School of Dance and continued her training at American Ballet Theatre, The Joffrey School, The Paul Taylor School, Broadway Dance Center, Steps on Broadway, and with alumni of New York City Ballet, American Ballet Theatre, Mark Morris, Paul Taylor and the Martha Graham Dance Company. Kimberly received her B.F.A in dance from the Purchase Conservatory of Dance, holds an M.S. in Human Services with a specialization in non-profit management and is in the process of completing her second M.S. in Global Affairs with a concentration in human rights and international law at New York University.

As a teaching artist, Kimberly has taught ballet, pointe and contemporary dance at several schools, studios and universities throughout New York and Oregon in addition to serving as a guest teaching artist and artist in residence restaging works, and creating choreography throughout, New York City, Buffalo, Cincinnati, Birmingham and southern Oregon. Currently, she is in the process of establishing a contemporary dance company with a humanitarian focus.

“I first became a part of DUSCO as an apprentice when I was 11 years old and remained a part of the company until I graduated high school. The opportunities to work with different choreographers see productions and have an introduction into the larger arts community was invaluable and created a solid foundation of training, discipline and work ethic which served to prepare me for the rigors of a professional career.”

Nick began his training at the Pacific School of Dance in Coos Bay, Oregon and later at the Oregon Ballet Academy under the direction of John Grensback. In 2009 he received a full scholarship to train at The Rock School for Dance Education in Philadelphia. Since then, he has danced with Roxy Ballet, Peoria Ballet, Philadelphia Ballet Theatre. This will be Nick’s second season with BalletFleming, under the direction of Christopher Fleming, in Philadelphia. 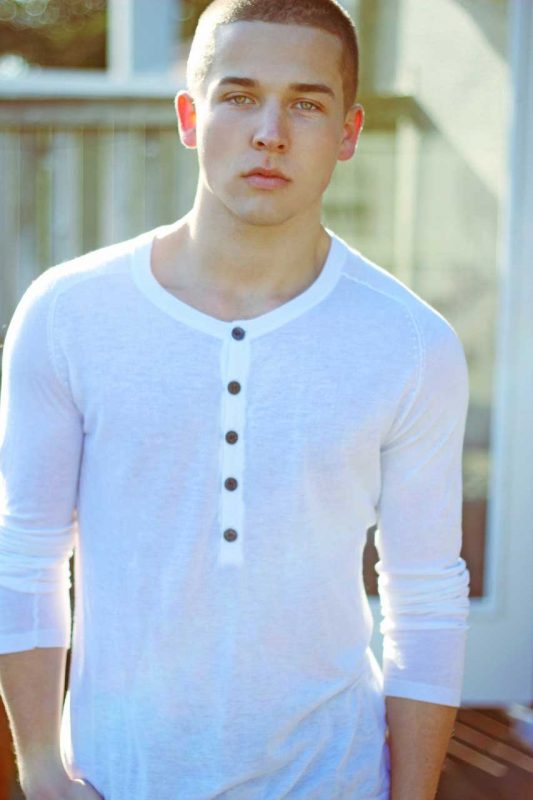 TREVOR MILES is from Coos Bay, Oregon and began his dance training at the Pacific School of Dance at age 17, under the direction of Christine Rader and Connie Hogge. He has studied on scholarship at the American Ballet Theater in New York, as well as Milwaukee Ballet in Wisconsin. Miles attended Cornish College of the Arts in Seattle, WA, where he performed works by Ohad Naharin, Pat Hon, Timothy Lynch and more. While in Seattle he also danced as a company member with Ashani Dances, under Artistic Director, Iyun Harrison. In New York he has danced as a member of Ballet Hispanico Dos, Peridance, and as a guest artist with The Company of Dance Arts. His favorite theater credits include Disney’s Beauty and the Beast, and Oklahoma! at the Arrow Rock Lyceum Theater, as well as Let There Be Light at NYSummerfest, where it won the award for Best Play/Musical. In addition to his performing career Trevor founded his own Interior Design Company, Miles Interior Design. Trevor can currently be seen touring the nation with Hamilton – The Philip Company. @trevmiles